Bits and pieces of local surfing lore are gathering dust inside an industrial office space off Birdneck Road .

This is the “war room,” George Alcaraz explained inside the headquarters of the Coastal Edge East Coast Surfing Championship. Alcaraz is general manager of the international competition — the biggest of its kind on the East Coast .

A map on the wall shows a stretch of beach near the 1st Street Jetty, where the event is held every August.

He spread a collection of photographs and yellowed newspaper clippings on a long table and pointed to a picture of Pete Smith and Bob Holland inside the Smith and Holland Surf Shop on 22nd Street . They were Virginia Beach surfers who launched a retail business. Holland is the only surfer inducted into the Virginia Sports Hall of Fame in Portsmouth .

Not only does the area have a long relationship with surfing, but there’s lots of this kind of memorabilia stashed away in different places.

Now, the surfing community is getting stoked over a proposal to build a surfing hall of fame that would be part of a new concrete pier at the Oceanfront.

“I’d love to see this happen,” Alcaraz said, reaching into a cardboard box stacked with wrinkled T-shirts from past surfing competitions.

Several local families who own the existing wooden fishing pier and resort land on 15th Street are partnering with developer Bruce Thompson to make over three city blocks.

They plan to invest $245 million to build an 880-foot concrete pier with a giant Ferris wheel, a hotel, a timeshare resort, a parking garage and a public plaza. The investors are asking the city to swap land at 14th Street for public space at 15th as well as to consider taking ownership of the pier and parking spaces in the garage.

They’ve agreed not to move forward with the project if the city doesn’t participate in plans for the pier, according to a written proposal. The pier redevelopment alone would cost about $52 million .

Doug Smith , acting city manager, will brief council members on the details Tuesday. The city will gather input through public meetings, much like the process for the arena, said Councilman Bob Dyer , whom the mayor has appointed to be in charge of community engagement. Once the arena is up and running, components of the pier redevelopment proposal could help meet demand for resort entertainment options, he said.

“We have to find a way in general to diversify our economy and look for other attractions,” Dyer said Thursday.

The surfing hall of fame is Thompson’s brainchild, a way to “integrate our rich surfing heritage and community” into the pier project, he said. Thompson, father of two adult sons who grew up surfing breaks at the 1st Street Jetty, supported the commissioning of “Anticipation,” a bronze statue of his sons with their surfboards at Grommet Island Park . “Grommet” is a slang term for a young surfer.

He has planted the seed for other projects near hotels and timeshare resorts his company has built, including the King Neptune statue next to the Hilton Virginia Beach Oceanfront Hotel at 31st Street and the law enforcement memorial next to Oceanaire on 35th. Both were built through private contributions.

Thompson has said the museum could be similar to the Virginia Sports Hall of Fame . The private museum honors more than 350 of the state’s greatest sports figures.

But those who run the Hall of Fame have threatened to leave Portsmouth if the city doesn’t continue to provide annual financial aid, which has been dramatically reduced to around $100,000 and may cease completely. Before it was built, the city gave the museum a vacant lot valued at $500,000 and $2 million toward construction, the Pilot has reported. It also built a parking deck and agreed to an annual subsidy to help defray operating costs. It also receives state money.

Sen. Louise Lucas , D- Portsmouth , recently submitted a bill that would turn the Hall of Fame into “a public body” with a Board of Directors composed largely of members of the General Assembly and others appointed by the governor, The Pilot has reported.

“I don’t think there are any museums quite like this that exist without some governmental support,” said Joel Rubin , chairman of the Hall’s Board of Directors. “So yes, we are in some severe financial straits because of lack of support from the city and diminished support from the state.”

The Hall of Fame , which has about 40,000 visitors yearly, has seen a drop in that number since tolls were placed at the Downtown and Midtown tunnels.

Cocoa Beach, Fla. , is home to The Florida Surf Museum , which occupies an 1,800-square-foot space connected to a surf shop and hosts visitors from around the world as it is near a cruise terminal, said John Hughes , executive director. Attendance isn’t measured, but the museum has 200 members. Membership levels range from $25 for students to $1,000 for corporations. The museum doesn’t receive financial support from the city.

The surfing hall of fame at the Virginia Beach Oceanfront could be on the second floor of the new pier building next to restaurants and shops. It could have viewing areas looking south at the waves, ECSC exhibits, a local “legends” display, a theater for viewing surf films and meeting space.

Thompson said the Virginia Beach Jaycees , which planand produceECSC, could be interested in holding receptions or award ceremonies in the building. The event draws 150,000 to the resort area each year and more if there’s good weather and waves.

In 2005, Councilwoman Shannon Kane was president of the organization. She helped institute the Surfing Legends of ECSC Hall of Fame awards, which recognizes men and women who have helped surfing and have been key in the success of the event. A surf museum could be the place to finally display those honors, Kane said.

At the Old Coast Guard Station Museum on 24th Street, Director Kathryn Fisher thumbed through a Virginia Beach history book to a section about James “Big Jim ” JordanJr. and his 110-pound Hawaiian redwood board used locally in 1912.

Fisher organized a surfing exhibit on the 100 years of the sport to coincide with the 50th anniversary of ECSC in 2012. The beachfront museum sees about 10,000 visitors a year.

Longtime supporters of local surfing could have items of interest for the museum, said Paul West , an ECSC competition director for 32 years. He has a collection of photographs and jerseys signed by past winners. 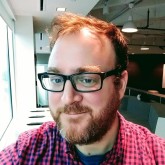